A Sad Day for free Speech

Wow, George Carlin passed away yesterday from apparent Heart Disease. What a huge loss to the comedy community not to mention an advocate for Free Speech.
I recall seeing him in concert at the theater at George Washington University in Washington D.C... This was in the late 80’s many years after the infamous 7 dirty words fiasco. Yes, he was charged with “indecency t” by the Commie Reds known as the FCC (Federal Communication Commission). A commission of politically appointed individuals that think they can tell the free citizens of the United States of America what is indecent and what is not. This “responsibility” of a few appointed people who take all expense paid trips from the right leaning PAC’s is way above what its (the FCC) original preview was. The FCC was established to assign radio and television frequencies and make sure that these stations did not broadcast at a power higher than was assigned to them.
Carlin came up with a comedy bit where as he made fun of the FCC and radio/TV standards officials (censors). In his routine he repeated the 7 deadly words over and over punhuating each with how saying that particular word would affect the person saying it.
Of course he had much more material than that; he was no one trick pony. My personal fave was his rant on everyone’s “stuff”. How we all spend our lives in the pursuit of more and more stuff. So much so that even when we go on vacation or to visit a friend we end up taking little portions of “our stuff. Classic.
If you have never seen or heard any of Carlines stuff *grin* I have included a few You-Tube links.
What is ironic about Carlin is he may very well be remembered as a foot note in American Supreme Court judgments than his comedy.
B1 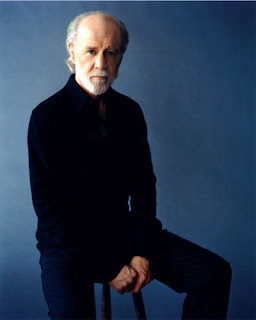 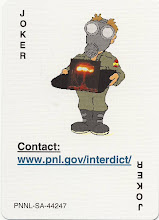